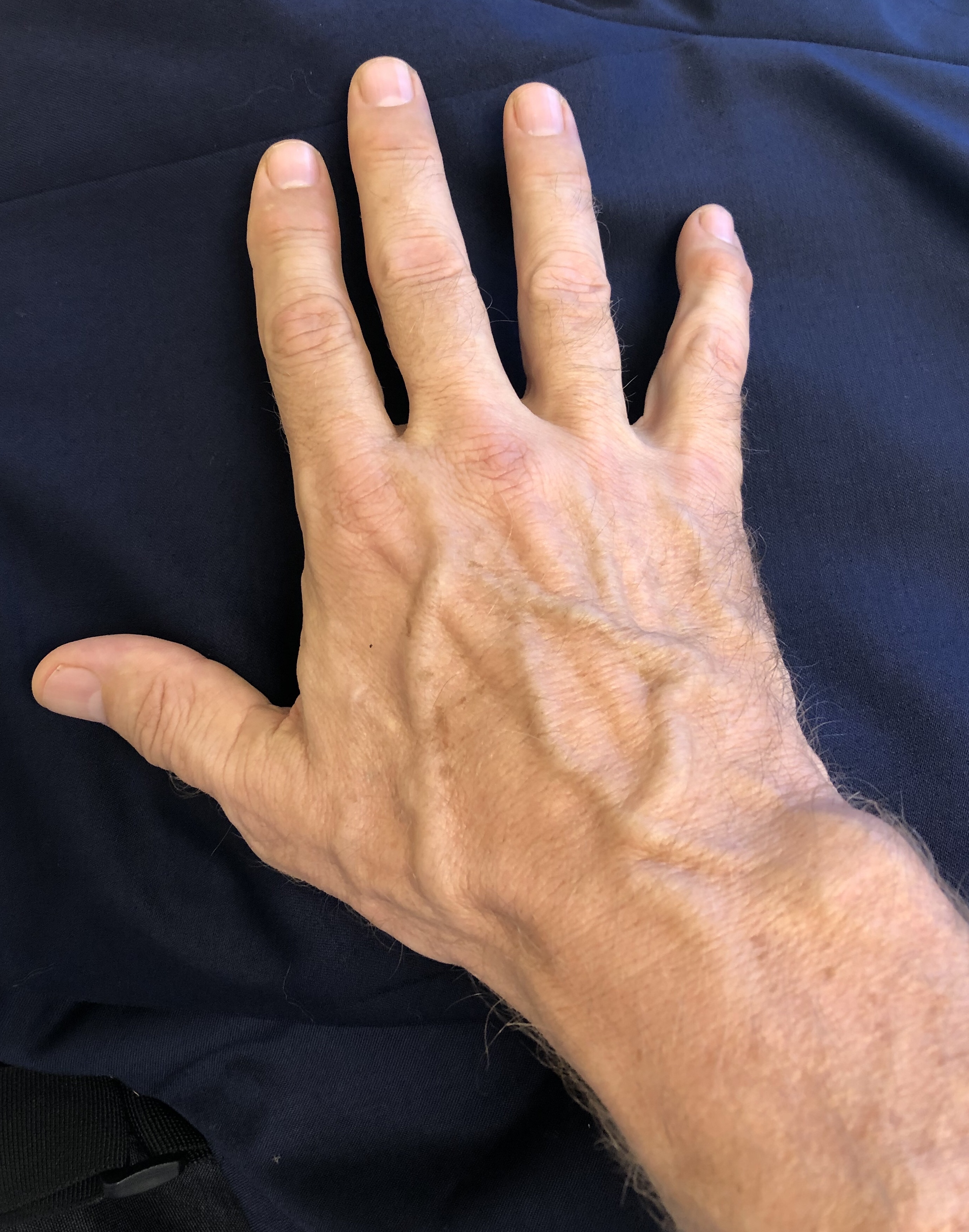 I once had a “fitness trainer” who exhorted me, and those I worked with, to be as hard as the tip of the spear. I had spent years as a serious swimmer, and had a macho enough attitude to gobble this up. There were long sessions among Nautilus machines (the preferred hi-tech option of the early 80’s), blistering runs, and of course, time in the water. I enjoyed the hardness that was belied by my boyish exterior. The baby-faced bloom of youth did not dissipate until I was nearly 30 and grew a beard. I used my appearance to push me: “Do not mistake my youthful exterior for a lack of drive,” I thought. I drove hard.

Then I stopped. I left a life that promised not just physical hardness, but an emotional, intellectual, and spiritual severity. I dropped out and into the lost years of restaurant work, taking solace in uncommitted drift. In spite of the self-enforced sojourn, I kept swimming, which was more languid, even at a brisk pace. Two regular diners, Tom and Janet Flannigan, joked about all the “soft people” they saw in the pool—“You’ll never stay fit doing that,” they jested, lighting up cigarettes, and drinking themselves thin.

And I began writing, even while I worked 80 hour weeks at an Italian dive in Manayunk. The writing echoed the life I left and the ramifications of my decision. It feels as if everything I wrote was rooted in those moments. Of course, I was trying to write my life right.

I have often questioned my decision to become, if not “soft,”then decidedly less “hard” than the path that had been open to me. At least in the first several years after my decision, I think my friends saw aspects of that old self, but as best I could I burned it or buried it. We make choices in life, bending toward the light or dark—unlike phototropic plants that do so automatically. Or so we like to imagine. There are consequences to all our choices, to how we emphasize parts of our personalities or our essential selves. A choice away from or toward ripples into every other dimension of our lives.

This past winter, for the first time in over 30 years, I returned to weights. I bemoaned (and bemoan) the loss of strength—it isn’t innate, and must be tended. Jack, the owner of the gym I attend, says, “You’re in great shape.” I remember when, I think and do not gainsay. For now, I have taken on the task of shifting and strengthening the weight on my body. When I turned 50, I fought hard to get my body weight down to 200 pounds. This year, heading to 59, I flew lower with relative ease—I even have to eat more. I also feel harder, and delight in the body that has reemerged, as if it had been waiting all along (I knew you would be back). Although my strength is not what it was, it waxes again, along with some other aspects of that one time severity.

I court severity carefully. Maybe it took thirty years to give me distance from all that being the tip of the spear meant. Maybe the intervening years have buffered the fatal vision that guided my hand and mind. Or maybe those years changed me enough that I can take that dagger and wield it without the same moral repercussions that haunted me then, and that drove me to chose against it. Choosing against is never the same as choosing for; the choice to avoid a path is not the same as choosing a path. I have begun choosing for again, a bit rusty, but finding my way.

Not to my surprise, this change has come with a reinvigorated call to writing. I am a man whose mind and body work in concert. There was a reason I championed Susan Bordo’s and Richard Rorty’s philosophical repudiations of Descartes’ cogito ergo sum. We are not just minds forged in cold thought but warm bodies that claim a presence in the world. I tried to make my mind and body softer, and there was a deeper cost. I felt that cost more powerfully as I passed through this year’s birthday. I choose this body now, and the mind that goes with it, and feel ready to press on.