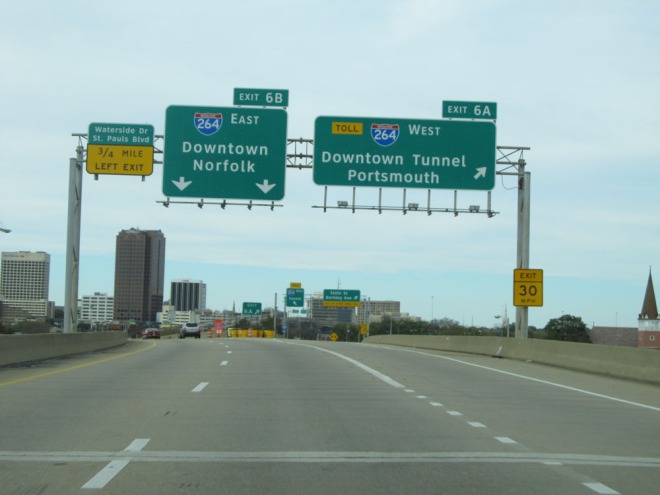 Every time I reach a particular traffic light in Norfolk, I can hear, clear as a bell, the not so gentle prodding that “You can turn right on red from the middle lane. There are people behind us.”  Heading west out of Norfolk through the Downtown Tunnel causes a surge of ineffable joy, even when it’s just a trip into Portsmouth. The long drive across the Bay Bridge Tunnel reminds me of the day I took my daughter to drop flowers in the bay to commemorate the day my father fell into the water.

There is hardly a street corner, a stop sign, or a stretch of highway that does not bring back flashes of memory. I stood on that plot of grass, took photos of the flooding at my church, and then sent them to a friend. I walked past the giant number “9” at West 57th in New York City with another friend, on our way to the Hard Rock Café. There is a house on the back way into the Paoli Shopping Center that my father told us belonged to Chester Gould, the illustrator and writer of the Dick Tracy comic strip. This seems as dubious a claim as that Dr. Seuss lived in a house visible on the hill above Yellow Springs Road—my father had a predilection for harmless invention.

Before I learned the names of streets (which are still all but meaningless to me), I carried vast mental maps of all the places I had been. Even now, some fifty years later, those old memory maps are vivid.  When I travel to places where I lived or visited as a child, I see two (or more) places at once—the heights of trees and plants, the placement of curbs, buildings, or playground equipment, and sometimes even the sunshine or snow shimmer against each other.  I know which one is real now, but the other waking dream of a place asserts itself.

I am moving from a place that I have lived for fourteen years and heading to a place that is entirely new. I try to venture forward without insisting on emotions—instead of North, South, East, and West the cardinal emotions of Joy, Anxiety, Hope, and Despair each create on some new direction, some new map point. And yet, I have taken my daughter, and watched as she skipped down Main Street in Warrenton, or happily ate blackberry ice cream at Moo Thru in Remington. A place takes shape and becomes part of the memory planet on which I walk.