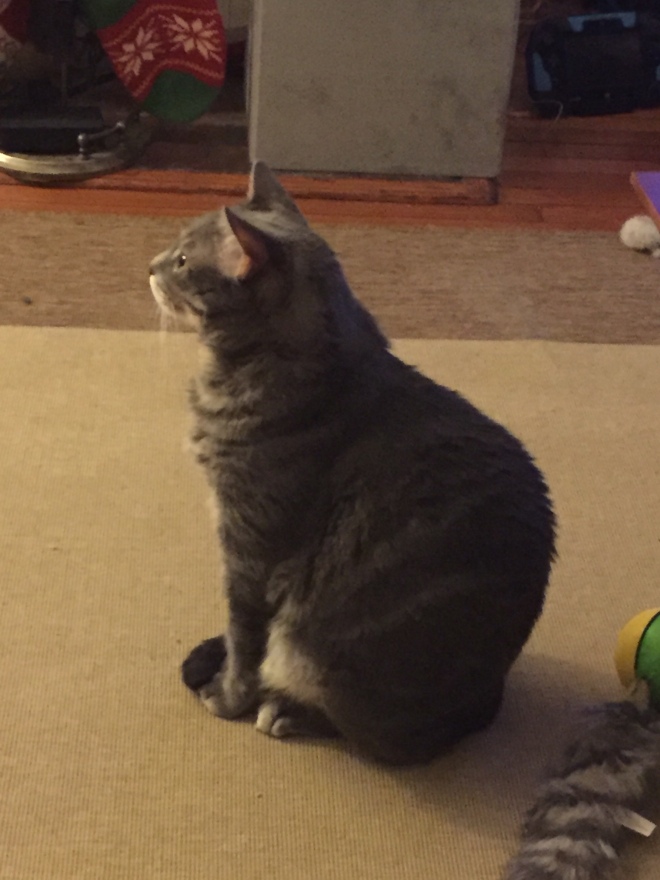 My cat is dying. I have four cats, and one of them is dying. In the past 35 years, I have had 9 cats. 5 of them have died. I have been present for the deaths of 4 of them—3 in the auspices of cat hospitals, where their deaths were hurried on beyond their suffering, 1 as renal failure finally blotted out his light. The cat who is dying now has some kind of neoplasm—a cancer—and his descent has been swift. He is just under 7 years old; he entered my life 6 years ago.

When you adopt a pet, you know you are, for the most part—tortoises and parrots aside—going to outlive your pet. Your cat or dog will die. A child’s first experience of death often happens when a pet dies (or Santa Claus is excised from their lives, another kind of death). But, by the time you are older, mortality has been hanging around, making itself known. It’s a savage kind of knowing.

I’m in the middle of teaching Shakespeare’s sonnets—bouncing between the appeal of the “eternal summer” and hard fact of Time’s “bending sickle’s compass.” There is no comfort in death, or in the slow inexorable passage of time. All the comparisons he discounts in Sonnet 130–the sun, coral, snow, roses, perfume, music, goddess—are ideals that flower easily in the imagination. These are worth striving for! And yet, we are all “Time’s fool”—how can we be anything else? We must “tread on the ground.” Life—and its end—happen here.

Of course, I hear Thomas’s “Rage, rage against the dying of the light.” And I do. I wear glasses that alleviate the dimming light. I adapt. I go to the pool and the gym, preparing to extend that rage, thinking “Only halfway!” Perhaps the rage blinds us to the grimmer particulars. Then I’ll take that blindness for now, and rage.

Still, my cat is dying, and is confused and anxious about what has happened, is happening to him. I try to comfort him, and know that in the end, easy passage may be the way (I have phone numbers at the ready). I wish I could hold him, pet him, and reassure him that his girls—the two kittens he tended when they followed him into my household, who are now 5 years old—will be all right. That I will take good care of them. That he has been a good cat and a good companion. And I know those reassurances are echoes of words and thoughts I had for other cats. And, of course, for other people.

I may be done with death, but death, I know, is far from done with me.