It does not escape my notice that the male protagonists of these movies had these jobs: architect, investment banker, surgeon, professor of musicology, hotel manager, professor of languages (although Professor Higgins’ actual job is never shown), and President/colonel/scientist (Sellers did triple duty). The women have no professions: wife, wife (Brubaker’s wife in the film is a realtor), wife, dilettante, escort, flower girl (and Eliza is worried about what she will do when she leaves Higgins’ tutelage), and secretary. Of the films I remember from my youth, there were precious few professional women. The Andromeda Strain featured a female scientist, played by Kate Reid, as a member of the biological threat team. Shirley Maclaine played a taxi dancer in Sweet Charity and a prostitute in Irma La Douce. Jane Fonda

played a prostitute in Klute. Natalie Wood played a reporter in The Great Race.

The divide between men who worked and women who did not mirrored the world in which I grew up, although at some point, my parents hired a cleaning lady to come to our house once a week, and almost all of my school teachers in elementary school and junior high school were women. When I reached high school, an all-boys private school, the teachers were called “Masters” and were, with only two exceptions, men.

Besides the obvious cultural morass I walked into, which would shape all sorts of expectations and norms that I fight with to this day, movies created a world in which men and women were primarily romantic partners. In the movies that I remember, even when there was an imbalance of power, the women nearly always determined the romantic course. Women initiate the romantic relationship in each of the movies I’m writing about here. Men are meant to work, even if the work is dissatisfying. This is their public role to fill in the world. Their romantic lives are secret, like the apartment Peter McDermott keeps away from the St George in Hotel. Sometimes love is secret even from the men themselves; only when the princess kisses them do they blossom into their princely selves.

Did I always wait for the women in my life to make the first move? I was shy. I made a few tentative moves, but mostly I waited. And for whatever reason, I never felt confident in the continued bond. I didn’t know that (or how) people who loved each other could have disagreements, let alone fights.

Surely there were couples who argued (Mark and Joanna, Higgins and Eliza), but disagreements usually foreshadowed an ending–or a horrible continuing present, which anyone who sees Whose Afraid of Virginia Woolf? can tell you is worse than any ending. I never had the benefit of watching my parents fight and make up. Most of what I saw were beginnings and endings. The vast middle ground of actual life does not lend itself to popular cinema. 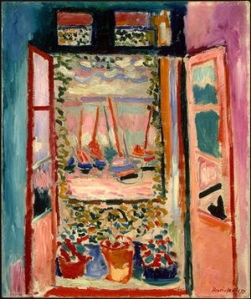 Have I learned? Sure. But the heart’s first lessons are intractable. The new lessons are built on strange foundations. I have become aware of them, but only in reflection. Self knowledge is like a shoe that flies in through an open window. If it fits—that is if one is sensible enough to put the left shoe on the left foot—we spend the rest of our lives looking for the other half of the pair.