Legend has it that 2000 years ago, Guangzhou was a city of hard working people, who suffered only because they could not grow enough food. Five immortals came to the city in the form of rams, and each ram held sheaves of rice in its mouth. They gave the people the rice, and afterward, the people prospered, finally relieved of the burden of not enough food.

The sculpture of the five rams is the centerpiece of Yue Xiu park, which is also the symbolic center of Guangzhou. 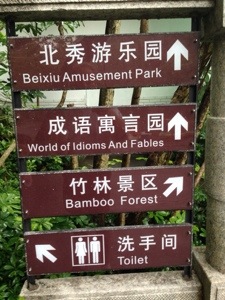 so, the “World of Fables and Idioms” this must be. In the midst of perpetual construction, a French superstore 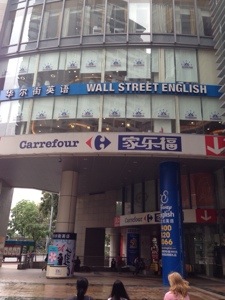 that is built for four floors beneath the city street, and “Wall Street English” school, there is also the deep sense of something so impossibly un-modern that it holds 200 acres of the city sacrosanct.

We stopped in the park to take photographs,

and we were stopped by a family who wanted to take a photograph with us!